An investment in technology is giving Wakefern’s northeastern Glass Gardens ShopRite a considerable boost in meeting its meat department objectives. In 2016, the supermarket group installed METTLER TOLEDO 880 Auto Wrappers in four of its stores. As of May 2017, the four machines had weighed and wrapped more than 1.5 million packages.

Glass Gardens ShopRite is a family-owned group of supermarkets operating under the Wakefern banner in the densely populated and highly competitive Northeastern corridor. The company was founded 80 years ago when two Glass brothers started a small produce business. In 1955, the brothers opened their first store, and today operate eleven ShopRite stores under the umbrella of Wakefern – a member-owned cooperative which boasts 335 supermarkets in a nine-state area stretching from New England to the Mid-Atlantic states.

A model of efficiency

Glass Gardens’ mission is simple yet ambitious – to quietly become the uncommon best: with an atmosphere that encourages productivity, job satisfaction, safety and cleanliness; with continuous growth fueled by competitive pricing and without compromising on the commitment to quality; and with an ever present goal of exceeding customer expectations and providing them with peace-of-mind.

Click here to learn more about the 880 Auto Wrapper.

Related Products
Wrapping and Weigh Price Labeling
Wrapping and prepackaging solutions for grocery retail backrooms
Related Case Studies
Meat Market Grows and Prospers with its bPro Counter Scales
Thanks to the value and durability of its bPro Counter Scales, Duma Meats has tripled the size of its operation in 20 years and is well positioned for... 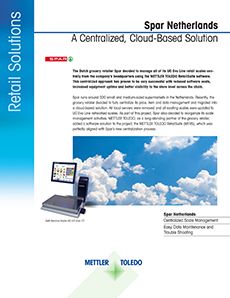 METTLER TOLEDO RetailSuite at Spar, Netherlands
The Dutch grocery retailer Spar decided to manage all of its METTLER TOLEDO retail scales centrally from the company’s headquarters using the METTLER...
Opening a New Grocery Store with METTLER TOLEDO
For a startup grocery store, affordable counter scales that work seamlessly with existing POS systems minimize both the risk and the stress of day-to-...
Ziyan China and UC Evo Line 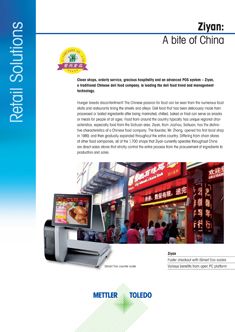 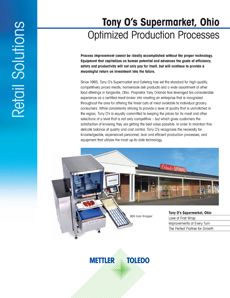 Process improvement cannot be ideally accomplished without the proper technology.