Ameren is a major electricity and natural gas provider in the US Midwest. It provides energy services to 2.4 million electricity and 900,000 natural gas customers in the states of Illinois and Missouri. As with most other energy providers, Ameren was struggling with contamination in their power plant. Their cation conductivity measurements were beyond acceptable levels, which indicated contamination in their water cycle. Such events can occur due to a number of reasons and can have severe effects on expensive plant equipment and even result in unplanned shutdowns.

However, chloride and sulfate ions can be accurately detected by the METTLER TOLEDO 3000CS on-line chloride/sulfate analyzer. Read in the case study how Ameren installed the 3000CS analyzer to monitor their water-steam cycle

The METTLER TOLEDO 3000CS continuously monitors the water-steam cycle to prevent contamination in power plants. On-line measurements occur every 45 minutes in order to catch contaminants early enough so that corrective actions can be taken. This can prevent unplanned shutdowns of the power plant and expensive repairs of plant equipment. 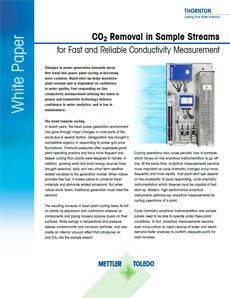 Power Plant Cycling Accelerated
This white paper explores how to ensure that the demands for fast power plant cycling do not cause increased corrosion of your turbines and other crit... 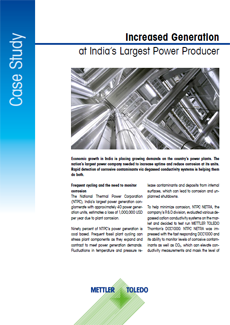 This white paper explores the trend towards Smart Alarms as a method for reducing false alarms and prioritizing how resources are used in responding t...
Integrated Conductivity Sensors

This white paper explores the challenges posed during the selection of analog conductivity sensors for monitoring for mineral contamination water syst...
Optimizing Your Power Plant Chemistry 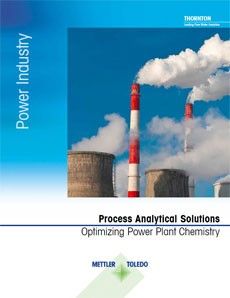 The new edition of our Power Industry brochure addresses all areas of power plants where precise water analytics are needed. Get an overview of METTLE...
Är denna informationen hjälpsam?