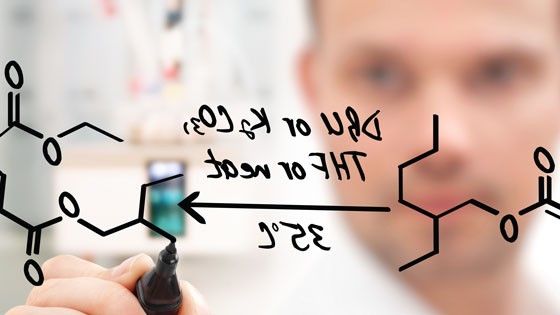 This presentation highlights the in situ FTIR monitoring of various chain growth polymerization processes for the determination of reactivity ratios during copolymerization. FTIR is well suited for chain growth addition involving olefinic monomers. Plus, the addition of various nucleophiles using click reactions with a focus on the Michael addition reaction is described. Spectroscopy during peroxide decomposition also permits the determination of half-life times during nitroxide mediated polymerization. In addition to chain growth polymerizations, in situ FTR is well suited for the monitoring of isocyanate composition in the formation of urethanes.

Guest Presenter
Timothy Long received his B.S. in 1983 from St. Bonaventure University, followed by his Ph.D. in 1987 from Virginia Tech. He spent several years as a research scientist at Eastman Kodak Company before returning to Virginia Tech as a professor in chemistry. He has been a faculty member in the department of chemistry since 1999 and recently served as Associate Director of Interdisciplinary Research and Education, Fralin Life Science Institute at Virginia Tech. He serves currently as the Associate Dean for Research and International Outreach in the College of Science at Virginia Tech. He has received many prestigious honors in his field of polymer chemistry recently, including Chair of the IUPAC MACRO2012 Congress at Virginia Tech, the American Chemical Society (ACS) PMSE Cooperative Research Award and POLY Mark Scholar Award, as well as the Pressure Sensitive Tape Council (PSTC) Carl Dahlquist Award in 2011, Virginia Tech’s Alumni Award for Research Excellence (AARE) in 2010, 2009 ACS Fellow, and invited organizer of the Gordon Research Conference – Polymers, and Chair, ACS Polymer Division. He has also assembled a successful interdisciplinary research group and has been awarded ~ $30M in research funding during his time with Virginia Tech. His group’s continuing research goal is to integrate fundamental research in novel macromolecular structure and polymerization processes with the development of high performance macromolecules for advanced technologies. Current research efforts focus on polyelectrolytes, ion-containing polymers, and supramolecular hydrogen bonding for emerging technologies including drug delivery, elastomers, water purification, adhesives, and energy storage.