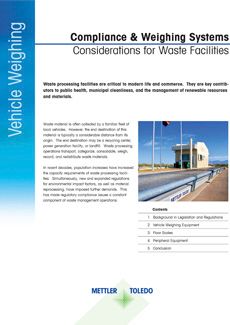 Expand to Preview the White Paper

When customers are charged by weight, accurate scales are essential for accurate billing. At any waste facility, vehicle weighing is a key to managing operations profitably. METTLER TOLEDO provides accurate and reliable weighing solutions to meet the needs of landfills, transfer stations, and other facilities that handle solid waste.

Weighing needs vary from one municipality to another. In the simplest applications, all waste is delivered directly to a landfill. In complex applications, waste flows through several types of facilities. For example, household and commercial waste might be delivered to a transfer station, where it is separated so that different materials can be transported to a recycling facility, incinerator, or landfill. Each of those facilities weighs the material that it receives and ships.

We offer a full range of solutions for waste industry applications. We can help you determine the best options to help your business be compliant with local regulations while being efficient and profitable.

For detailed information, download our free white paper on vehicle weighing and equipment for compliance in the waste industry.

To handle large volumes of traffic, METTLER TOLEDO supplies truck scales with a durable orthotropic design. The driving surface is supported by orthotropic ribs that distribute concentrated loads more efficiently than other designs. To verify the durability of our designs, we use a unique life-cycle test stand that applies the equivalent of 20 years of traffic at a scale’s rated capacity.

Each truck scale is equipped with POWERCELL® PDX® load cells, which offer unequalled accuracy and reliability. A built-in predictive diagnostics system monitors the performance of every load cell and alerts the scale operator about potential problems so they can be solved before a failure or downtime occurs. Combining the strength of an orthotropic weighbridge with the reliability of POWERCELL load cells ensures years of trouble-free weighing.

Recording data can be a time-consuming part of weighing vehicles. DataBridgeTM vehicle scale software saves time and money by providing complete control of the weighing operation. It processes transactions quickly and accurately to keep traffic moving over the scales. For each weighing transaction, the DataBridgeTM database stores a detailed record that gives you instant access to a wealth of information for administration, billing, inventory control, and compliance.

DatabridgeTM software provides the brains to run a complete inbound/outbound weighing operation, including multiple scales, traffic lights, gates, and ticket printers. It can be used as a stand-alone system or integrated into a computer network. It increases efficiency and profits by making a truck scale an integral part of a facility’s business operation.

One option for increasing efficiency is unattended weighing. An unattended weighing solution can keep traffic moving over the scales while collecting the weighing information a facility needs. Unattended driver terminals allow drivers to process their own weighing transactions quickly and easily. They are ideal for scales in remote locations, scales that operate 24 hours a day, and facilities with multiple scales.

Not all solid waste is handled by the truckload. For smaller amounts, a floor scale is often the best weighing solution. METTLER TOLEDO offers floor scales that stand up to heavy-duty use and continue to weigh accurately time after time. Our floor scales are strong enough to withstand the heavy loads typical of waste facilities. With 100% end loading, they can handle forklift traffic and other concentrated loads. Sturdy frames and bumpers protect the load cells from sideloading damage. The result is more accurate weighing and greater reliability. 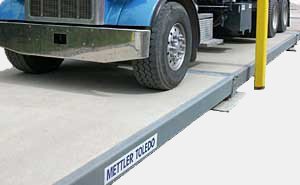 Truck Scale Systems and Solutions
Products and solutions from the global leader in truck scales/weighbridges and load cells. 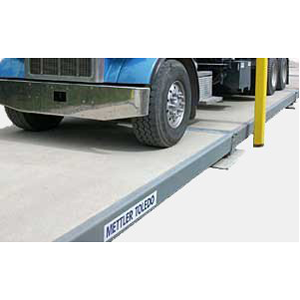 Weighbridge Systems and Solutions
Products and solutions from the global leader in truck scales/weighbridges and load cells.
Related White Papers 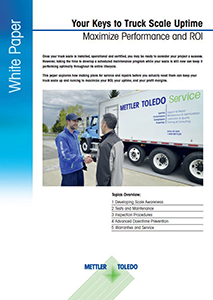 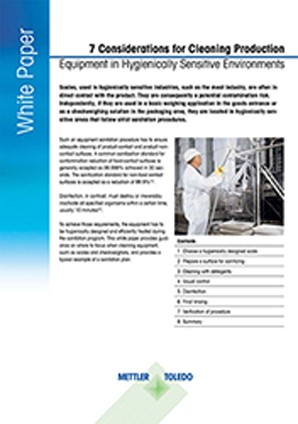 Efficient Scale Cleaning in 7 Easy Steps
Learn how to easily clean your scales in a hygienically sensitive environment with 7 easy steps. Download the free white paper.
What you need to know: Vehicle Scale Accuracy and Calibration

Don't take the accuracy of your scale for granted. Standard certifications only offer limited protection from weighing errors, and even small inaccura...
Service Planning for Process Success 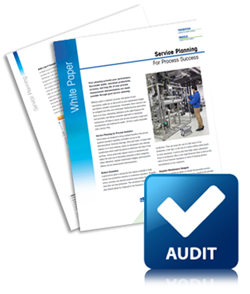 Downtime can also affect your reputation with your customers as delivery schedule commitments are lost, and credibility along with it. Find out how yo...
Water Chemistry Alarms in Power Plants