Operating in the heart of Normandy since 1947, Ferme des Peupliers has become a recognized brand that employs traditional methods to produce its dairy yoghurts and milk-based desserts. The plain and fruit-layered yoghurts are sold in glass jars so the product quality can be seen. In a strategic move to consolidate their quality assurance policy, the company's managerial team chose a METTLER TOLEDO  x-ray inspection solution to meet their production constraints.

Ferme des Peupliers' primary focus was to implement an inspection strategy that would enable them to market their products with confidence, while providing reassurance for its partners and buyers of quality assurance standards in its production process.

"We based our strategic decision on the experience of other businesses and our desire to guarantee the integrity of our products while preserving our traditional production methods," says Edouard Chedru, co-manager of Ferme des Peupliers. "This approach also reassures the stakeholders in our distribution channels – including supermarkets and local sales networks – and opens doors to new markets such as Asia."

With a range of over 40 yoghurts in glass jars and two filling sizes (125 grams and 180 grams), the challenge was to find an inspection solution for the single production line that would efficiently detect contaminants – such as glass and metal fragments – in the yoghurt products, some having a fruit layer.

Use of a standard metal detector was not possible due to product humidity and the density of the glass packaging in combination with an aluminium seal.

After a consultation period during which METTLER TOLEDO presented results of tests already conducted on this type of jar and machine, Ferme des Peupliers decided to install an R50SB* system. The R50SB* x-ray inspection system, which is not affected by changes in temperature, features twin horizontal beams and allows physical contaminant detection – including glass fragments in the glass jar – as well as visual quality checks of the yoghurt fill level

*Note: The R50SB has now been replaced by the X3730 x-ray inspection system. 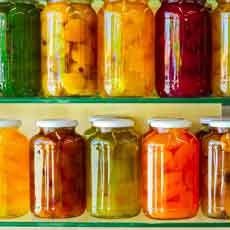 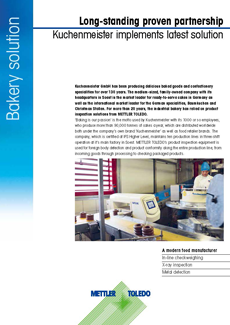 Kuchenmeister Invests in Product Inspection Solutions
Kuchenmeister has been relying on METTLER TOLEDO product inspection equipment for 20 years, for inspection of their baked good applications. 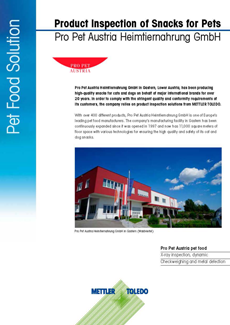 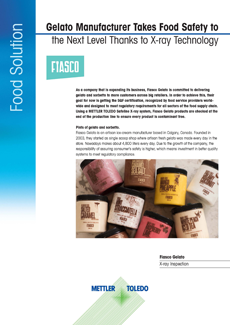 Zinetti Food Products makes gourmet lasagnas and other prepared entrees that are available in the frozen food sections of Costco and other retailers t...
Ensuring Optimal Food Safety and Quality Control