Determination of the Noack evaporation loss of lubricants by TGA

For quality and environmental reasons, lubricants for engines and other applications must only exhibit a low evaporation rate. The loss of volatile components from an oil increases its viscosity and leads to increased oil consumption, coking and wear. The Noack method is a widely used standard test method for measuring the evaporation loss from lubricating oils. According to the ILSAC GF-3 and API-SL specifications the evaporation loss must not be greater than 15%.

The ASTM standard test method D6375 for the determination of the evaporation loss of lubricating oils by the Noack method [1] uses thermogravimetric analysis, TGA. This method yields the same results as other standard test methods (e.g. ASTM D5800 [2], DIN 51581-1 [3], JPI-5S-41-93 [4]). This article describes how the Noack evaporation loss is determined in comparison to a reference oil sample using TGA.

The increase in the usable lifetime of lubricants coupled with faster oil circulation rates, longer oil change intervals and lower lubricant consumption means that lubricants are subjected to greater stress. Higher temperatures coupled with smaller oil volumes and higher performance lead to a constant increase in the demands placed on the performance and quality of the lubricants. To ensure that the lubricants are properly used, they must be properly specified and classified.

The specifications describe the physical properties of engine oils such as the viscosity, evaporation loss and shear stability. Performance behavior is also tested in engine tests. This includes wear protection and cleanliness as well as the influence on fuel consumption and the changes in the engine oil during operation due to viscosity changes (thickening). The classification is provided by organizations such as ILSAC, API or SAE (see the table of acronyms).

One of the commonly used specifications is the evaporation loss. The low molecular mass constituents of an engine oil, which consists of fractions of different hydrocarbons with different chain lengths and molecular masses, can evaporate under increased thermal stress. This usually leads to an increase in the viscosity of the lubricant. At the same time, the solubility of the additives in the base oil is affected.

The evaporation is important for all lubricant groups (e.g. also for synthetic oils) if they are used at higher temperatures. For example with engine oils, evaporation losses can occur through high temperatures at the piston rings and elsewhere. These losses lead to undesirable oil thickening and increased oil consumption.

The characterization of polymorphs by thermal analysis

TGA-F TIR wa s used to characterize and distinguish between different polymorphs. If two polymorphic forms of a solid are present, whereby one form melts and the other sublimes or vaporizes at about the same temperature, then evolved gas analysis can be used to obtain quantitative (mass loss) and qualitative (spectral) data to analyze such solids. The two pharmaceutically important compounds shown in Figure 1, the active pharmaceutical ingredient (API) venlafaxine hydrochloride (Structure 1) and the well-known host material 1,1-bis(4- hydroxyphenyl)cyclohexane (Structure 2), were analyzed by DSC, TGA, hot-stage microscopy (HSM) and TGA-FTIR to study the phase transitions that occur on heating.
A substance is said to exhibit polymorphism if it can exist in two or more crystal lattice forms. These are called polymorphs and have different physical properties [1].

The measurement and interpretation of melting processes using temperature modulated DSC (TMDSC) is one of the more demanding tasks in thermal analysis.
This is possibly the reason why a number of ideas and proposals can be found in the scientific literature that do not stand up to a critical analysis. Despite this, TMDSC can provide interesting and important information about melting behavior that would otherwise be difficult to obtain.

Starting out from the basic principles of melting behavior discussed in reference [1], we want to show with the aid of suit- able examples how melting behavior can be investigated using TOPEM®.

Characterization of delivery systems by thermogravimetry

A “good” perfume is of course expected to provide a pleasant and distinctive odor. At the same time, the fragrances should remain perceptible for as long as possible at a constant level of intensity. For this reason, the fragrances in perfumes are now being encapsulated in so-called delivery systems. The release of fragrances then occurs under control, allowing the perception of the perfume to be optimized with respect to intensity and lasting effect.

The encapsulation of fragrances in suitable delivery systems is therefore a topic of great importance for producers of perfumes.

To identify the most suitable delivery system from the very large number of possible carriers available requires a rapid analytical screening technique that can describe the stability and release performance of a fragrance from the delivery system. Thermogravimetry (TGA) is an excellent technique for this purpose. 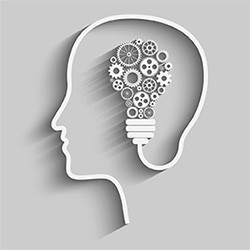 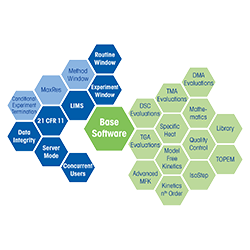 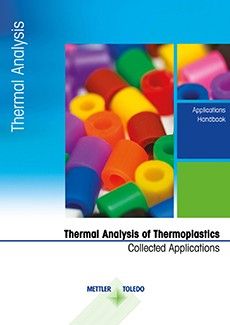 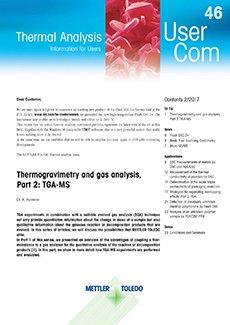