The melting point is without doubt the thermal value most frequently used to characterize materials. This fact together with ever-increasing requirements for melting point determination were the two main reasons why METTLER TOLEDO decided to develop a completely new series of instruments. The new Excellence Melting Point Systems allow substances to be analyzed that could previously not be measured by conventional melting point instruments. The following article presents a number of different examples.

In general, melting point determination is used in research and development as well as in quality control to identify and check the purity of substances.

Measurement of thin films in shear by DMA

Thin films with a thickness of 50 to 200 μm are usually measured in tension in the DMA. They can, however, also be measured in shear if proper attention is paid to sample preparation and other factors. In this article, we present two examples to show how this is done.

When thin samples (thickness < 0.2 mm) are loaded in the shear sample holder, the danger is that the shear clamping plates tilt slightly and touch each other.

The results from a DMA measurement performed under these conditions are then completely wrong. To make sure the plates do not touch each other, one intuitively tends to measure thin samples with large diameters. The stiffness of such samples might then be greater than the stiffness of the sample holder. In such cases, the deformation of the sample holder contributes more to the total deformation than the deformation of the actual sample. When the modulus is calculated, the measured total deformation or stiffness must be corrected. This is done using the so-called stiffness correction.

Vitrification during the isothermal cure of a thermoset studied by TOPEM ®

When an epoxy resin reacts with a hardener (crosslinking agent), the system changes from a viscous liquid (with an initial degree of conversion, α = 0) to a highly crosslinked molecular network (with a final degree conversion, α ≤ 1).

On the other hand, if the curing process takes place at a temperature below Tg∞ , at some point the system changes to a glassy state and vitrifies. In fact, vitrification occurs when Tg reaches the isothermal cure temperature, Tc . Under these circumstances, molecular mobility is greatly reduced and the reaction becomes diffusion controlled. The reaction rate slows and the degree of conversion, α , reaches a final value that is less than 1. The time at which the reaction kinetics change from being mainly chemically controlled to diffusion controlled is known as the vitrification time.

What are intumescent fire-retardant coatings?

Intumescent fire-retardant paints or coatings are designed to protect the surfaces of materials from the effects of fire and heat. On exposure, intumescent systems first swell to a thick, robust, carbonaceous foam and then form a char. The closed foam structure inhibits the transport of oxygen to unburned regions beneath the char and provides a physical barrier to heat and mass transfer. Intumescent fire-retardant coating systems usually consist of a polymeric binder, polyphosphororic acid compounds (as an acid donor), carbon-rich polyhydric compounds (as a carbon donor) and a blowing agent (for gas formation). They react under the action of heat and at a certain temperature begin to foam [1] [2].

The basic mechanism can be described as follows: Decomposition of the acid donor supplies acid, which catalyzes the dehydration of the carbon donor. The mixture melts and the blower decomposes, producing gases and causing the liquid to foam. The foam simultaneously solidifies through crosslinking into a three-dimensional carbon structure and forms a char under the action of heat. The formulation is carefully designed to ensure that the different events occur in the proper order and so ultimately produce an effective char. The amount of foam produced during the intumescence reaction depends on the number of carbon atoms while the number of hydroxy-groups determines the reaction rate of the dehydration process and thereby controls the rate of foam formation [3] 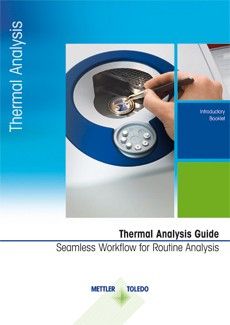 A Guide to Routine Thermal Analysis
Your routine thermal analysis experiments needn't steal time away from the deeper analysis of your results. Our introductory guide is aimed specifical...
Thermal Analysis Techniques for the Chemical Industry – Theory and Applications 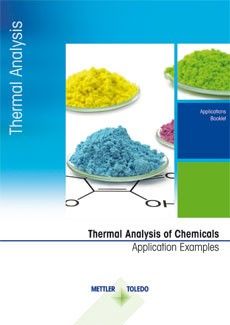 Thermal analysis (TA) encompasses a group of techniques used to investigate the effects of temperature on the physical and chemical properties of a ma...
21 CFR Part 11 Compliance with Thermal Analysis Software
The CFR option in STARe software provides the technical controls for 21 CFR Part 11 compliance.
Thermal Analysis Tips and Hints 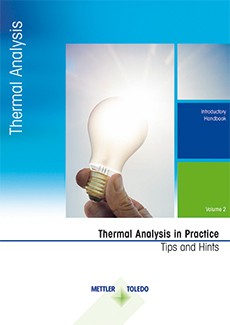 Our tips and hints booklet helps you achieve reliable and reproducible thermal analysis data.
Is this information helpful?