WHAT is a Load Cell and Weigh Module

How does a load cell work? The basics of load cell technology is converting a load - which is a force applied to any mass in the earth gravity fie...

How does a load cell work?
The basics of load cell technology is converting a load - which is a force applied to any mass in the earth gravity field – into an electrical signal. Inside most load cells have so called strain gauges that convert a mechanical strain into a resistant change. Learn more on strain gauges below. The mass applies a load enforced by the gravity field, that load stresses the body of the load cell and lead to deformation – strain. The strain is converted into resistant change and finally into a voltage output. That output is proportional to the applied mass.

What is a load cell?
A scale load cell, or load cell sensor, is used in variety of industries in which precise measurements are neededLoad cells accurately measure the weight of tanks, vessels, hoppers or conveyors. Load cell technology is built to withstand the demands of a variety of rugged industrial applications. The capacity of load cells can greatly vary. Some load cells are more appropriate for laboratory applications, while others are more appropriate for high-capacity batches or logistics applications.

Load cells shall meet all globally-required approvals and standards. They include single-ended beam load cells that allow you to change your structure into a scale. Beam load cells are used in multiples in floor scales, belt weighers, weighing systems, pallet scales, checkweigher scales and conveyor scales.. Canister/ring load-cell technology features robustness for harsh environments as well. These are typically used in tank scales, vessel weighing, silo scales and truck weighing.

What is a Weigh Module?
Weigh Modules are made from load cells and steel hardware. They are optimized for tank and conveyer scale systems. Other than load cells weigh modules also provide safety functions for coping with wind and seismic loads. Since the load cell sensor integration is done by the manufacture one can assume the best accuracy and lift time for the scale load cell.

What are load cells used for?
Load cells are used to measure the weight of any possible material. They reach from microgram in micro load cells to several hundred (100) tons in high capacity load cell scales. Low weights are required for pharma applications where fractions of a gram can make a key difference. Mid-size load cells are typically used for processing and trading materials. Large capacities are used for storage applications.

How accurate are load cells?
Very often accuracy and resolution are mixed. Resolution is how many digits are displayed, but more digits does not mean better accuracy. Accuracy describes how true the weighing results are. For good reason, legal-for-trade scales limit resolution to eliminate getting into the interpretation of results. Therefore, the best benchmarks for accuracy are legal-for-trade approvals. Strain-gauge load cells typically provide accuracy from 1/3,000d up to 1/10,000d. Load cells using force restoration reach 1/200,000 or even better. Under ideal conditions, which include constant temperature and humidity, the accuracy can be 5-10 times better.

But it is fairly complicated to calculate the final system accuracy of a load cell system. Many impacts like temperature, time, resolution etc. need to be considered. It is recommended to seek advice from load cell manufacturers. The Weighing Component Selector is providing these calculations in a professional manner.

What is the output of load cell?
Most load cells provide an analog output of 2-3 mV/V. Since these are passive devices, they need an external power source for excitation. The output signal varies related to the relative excitation voltage and current load. Thus, it is crucial to have a very stable excitation source that eliminates effects cause by the power source. A 2mV/V load cell provides as little as 20mV output at full capacity when powered with 10V output. Modern terminals provide both a stable power source and accurate amplification of the output signal to convert results into digital information.

Getting started with load cells?
Load cells measure both the dead load and the net load of a scale, so this needs to be considered when calculating load cell capacity. How the goods are positioned on the scale also matters. Using load cells that are larger than they need to be for a given application is not recommended as accuracy suffers. For scales where the goods are mostly centered — which is true for most tank, silo and vessel scales — the formula is:
C >= sf*(TDL+SC)/N        (eg. tank scales)

For scales with four load cells where the goods are likely to be positioned off-center — which is true for floor, small truck and conveyor scales — the formula is:
C >= sf*(TDL/4 + SC/2)   (eg. floor, small vehicle scales, conveyors)

Tips and tricks using load cells
A common problem for using load cells is to choose the wrong protection. Load cells are very sensitive to humidity and regular wash-down. Although claiming high IP rating the protection is not good for damp heat. When it comes to high humidity and sudden temperature changes (cold environment, hot wash-down) it is advised to always choose stainless steel hermetically sealed load cells.

Load Cell wiring or cabling is often under estimated on accuracy impact. In any case shielded cables are recommended since the load cell signal in very low voltage and easily disturbed. Chose the shortest cables possible as copper changes resistance over temperature and the lower cable resistance, the better.

Load cells measure force, sadly not masses which would be ideal. That leads to the fact that any other vertical accidentally occurring force in a load cell system has direct impact on the accuracy. Typically piping forces in a vessel, contact to ground by eg. debris collection, cable touching for micro load cell and small capacity systems, vertical vibration etc. are to mention. Touch base with expert to avoid those problems in your system.

Speed of the load cell system is often critical. A filling process is more accurate the higher the update rate is. Same is true for a batching system where the recipe is more reparative the faster the load cell system measures. Speed comes a little costs, but can make a huge difference.

Very often the integration of load cells is cumbersome and requires engineering knowledge. Weigh Modules are higher integrated and provide safety and ideal load conditions for the load cell. See details how to select Weigh Modules.

What is the difference between load cell and strain gauge?
Strain gauges are components of load cells. Load cells are a counterforce that converts load into strain. That strain is taken by the strain gauge which changes its resistance into an electrical quantity that can be measured and reported as a weighing result.

Would 1 or 2 load cells be sufficient for a 3 or 4 leg tank scale?
Using fewer load cells than tank legs is possible for liquid level control systems. The key is to ensure that the center of gravity in the system does not shift horizontally with load. Accuracy for such a system may not be ideal. Do not use such a system for bulk material. 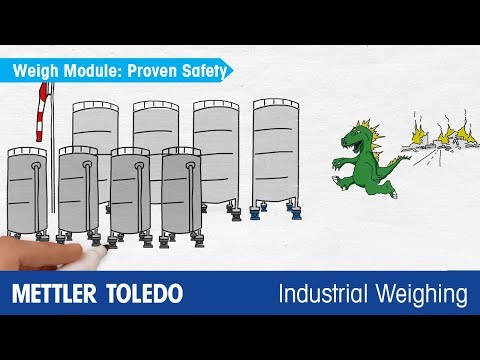 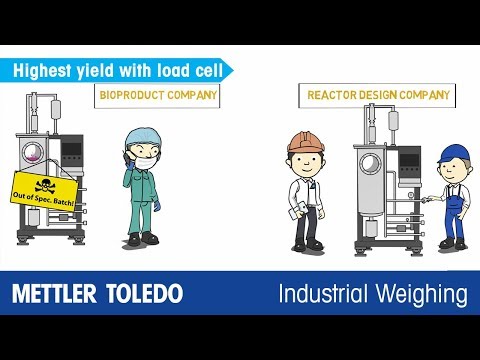 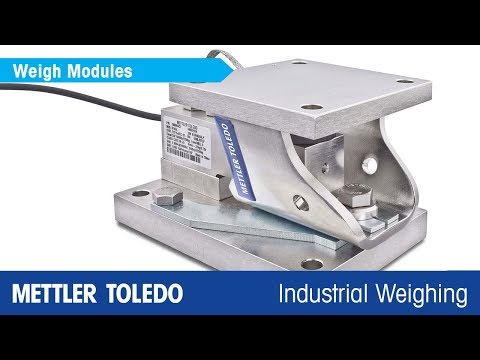