A mass comparator is a balance that offers high resolution and exceptional repeatability, enabling it to be used to determine the smallest differences in mass. Mass comparators are perfect for calibrating and verifying masses and weights in mass metrology. Mass comparators are also ideal for any weighing application that requires highly accurate results.

An all-in-one pack for mass calibration laboratories: 3 comparator balances and PC software for calibration of weights up to 20 kg and OIML F2.

Our environmental monitoring systems provide accurate information on temperature, humidity and air pressure, enabling you to compensate precisely for these factors during mass calibration. Read more

Verify the performance of your weighing device with our OIML and ASTM test weights. Available from 50 micrograms to five tons in all accuracy classes, with or without a calibration certificate. Read more

Redefinition of the Kilogram (kg)

A kilogram is still a kilogram, but scientists have redefined how we now verify this. This white paper explains and describes the important overhaul of the International System of Units (SI). Read more

Mass is a physical quantity that is a measure of the amount of material an object consists of. The mass of an object is the same, no matter where in the universe the measurement is taken. Weight describes the 'heaviness' of an object and is dependent upon the gravitational force exerted upon it. As the gravitional force varies between different locations in the world, and also by altitude in the same place, balances and scales must be adjusted at their point of use. Weight = mass x gravity. As an example, an object weighed on the moon will register only one sixth of its weight on earth. However, the mass of the object is constant.

What is a mass comparator?

A mass comparator, or mass comparator balance, is a gravimetrical measuring instrument with high resolution and exceptional repeatability, enabling the smallest difference in mass to be accurately determined. Window-range mass comparators offer high resolution weighing in a 'window' around a defined weight value and are used purely for mass calibration and mass determination for masses within this window. However, full-range mass comparators are highly versatile and can be used not only for weight determination but also for general weighing applications, particularly those in which there are small samples and large tare loads or when large and small sample qualities need to be combined in one weighing process. Your local METTLER TOLEDO representative can provide you with a free GWP® Recommendation to identify which mass comparator best suits your individual needs.

What is the difference between weighing and mass comparison?

In a regular weighing process, the balance is calibrated and the weight result of any item placed on the balance is measured from zero g. This process is called "absolute weighing". Mass comparison, which is used for weight calibration, is a specific type of differential weighing in which the reference point is not the calibrated balance but is the reference weight against which the test weight is compared. Hence why this type of balance is known as a mass comparator. When calibrating a test weight, the reference weight to which it is compared must be at least one accuracy class higher than the test weight. However, the reference weight must also be calibrated against another weight in an even higher accuracy class. This chain of comparisons provides metrological traceability to the definition of the kilogram based on Planck's constant.

What can I use a mass comparator for?

What is the difference between a mass comparator and a balance?

For 1 kg capacity, this table illustrates the differences in readability and repeatability:

Do I need to calibrate my mass comparator?

According to regulations, a mass comparator used solely for weight calibration does not need to be calibrated. This is because the test weight is compared to a reference weight; the reference weight is calibrated and ensures traceability to the BIPM and the definition of the kilogram. However, to protect your investment and ensure continuous high measurement performance, METTLER TOLEDO recommends performing preventive maintenance on a routine basis.

Where mass comparators are used in other applications, it is crucial to apply the same quality standards to your XPR-C mass comparator balance as you would with any other analytical or precision balance. 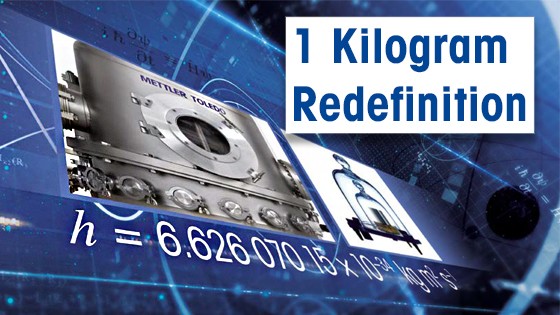