Conductivity Measurement - the Theory and Practice

A Guide of Conductivity Applications in the Laboratory Environment

This guide provides all the important basics that are necessary for a good understanding of conductivity measurement. Furthermore, all the important factors that influence the measurement and possible sources of errors are discussed. This booklet is not limited to theoretical aspects. It also contains a substantial practical part with step-by-step tutorials and guidelines for reliable calibration and measurements, descriptions of specific applications, and a section with answers to frequently asked questions.

Download the free Conductivity Measurement Theory Guide and learn the basics of correct and accurate conductivity measurements. Get smart tips and hints from our electrochemical experts for your daily work in the laboratory environment.

Electrical conductivity has been measured in practice for more than 100 years and it is still an important and widely used analytical parameter today. The high reliability, sensitivity, fast response, and the relatively low cost of the equipment make conductivity a valuable, easy to use tool for quality control. Electrical conductivity is a non-specific sum parameter over all dissolved ionic species (salts, acids, bases, and some organic substances) in a solution. This means that this technique is unable to differentiate between diverse kinds of ions. The reading is proportional to the combined effect of all ions in the sample. Therefore, it is an important tool for monitoring and surveillance of a wide range of different types of water (pure water, drinking water, natural water, process water, etc.) and other solvents. It is also used to determine the concentrations of conductive chemicals.

The transport of electricity through matter always requires the presence of charged particles. Conductors can be classified into two main groups based on the nature of the charged particle. Conductors in the first group consist of a lattice of atoms with an outer shell of electrons. The electrons in this ‘electron cloud’ can dissociate freely from their atom and transport electricity through the lattice and therefore also through
the material. Metals, graphite, and a few other chemical compounds belong to this group.

The conductors in the second group are so-called ionic conductors. In contrast to the conductors of the first group the current flow is not caused by freely moving electrons but by ions. Thereby the charge transfer in electrolytes is always linked to the transport of matter. Conductors in the second group consist of electrically charged and moveable ions and are called electrolytes.Ionization occurs by dissolving in a polar solvent (such as water) or through melting.


According to Ohm’s law (1) the voltage (V) set up across a solution is proportional to the flowing current (I):

The resistance (R) is a constant of proportionality and can be calculated with the measured current flow if a known voltage is applied:

2.7 Interference of the Conductivity Measurement

2.7.3 Coating of the Electrode Surface

How do I select the right sensor?

Checking the following three criteria will help you to choose the right sensor.

Find the right conductivity sensor on our one sensor product guide

Conductance G [S]:        The ability of material to conduct electricity.

... get more in the Condutivity measurement Theory Guide .... 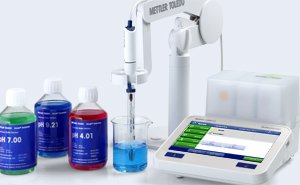 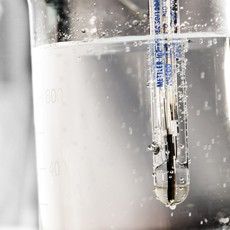 Reduce pH Measurement Errors
Measuring pH is often considered to be easy, fast and simple. However, there is often room for improvement, such as increasing the accuracy, repeatabi... 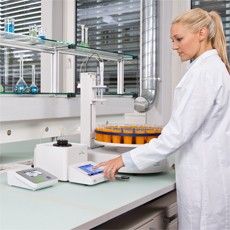 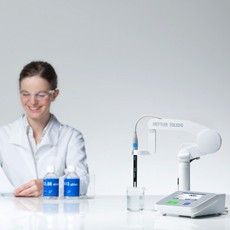